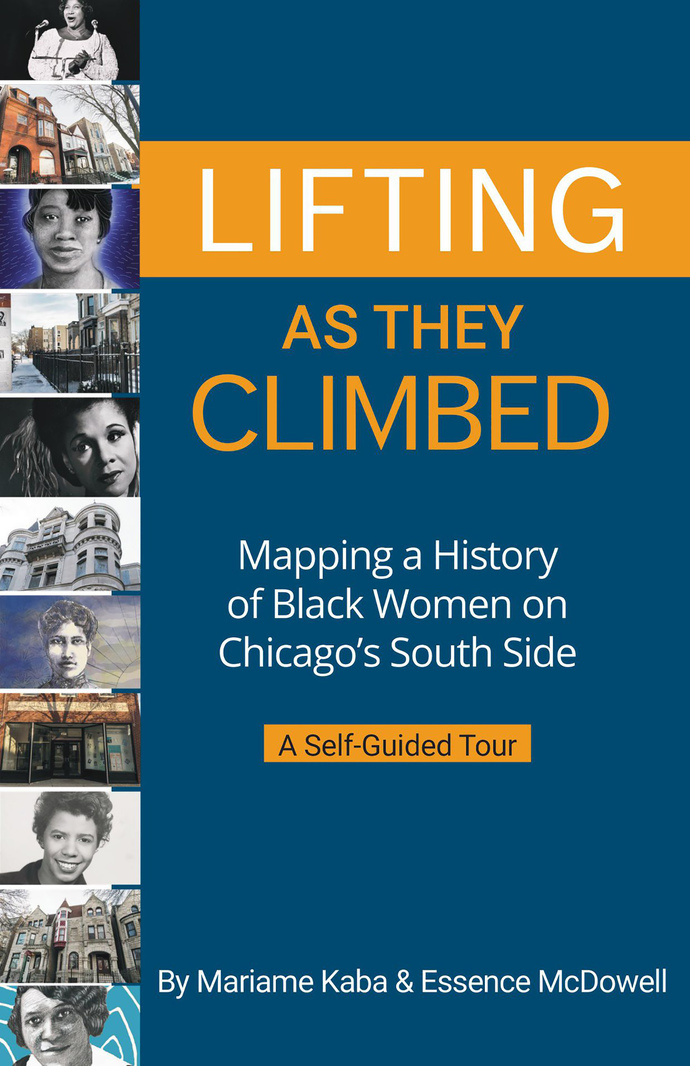 Lifting As They Climbed: Mapping a History Black Women on Chicago's South Side

This publication features a number of Black women who contributed to the development of Chicago from the mid-19th century to today. It tells a story of Black women activists and artists who lived and worked on Chicago’s South Side by taking readers on a tour of relevant landmarks and locations.

The vast majority of women featured on this tour were active members of multiple organizations who pursued a broad range of issues. Others were artists (writers, painters, musicians, dancers) who both documented the conditions of Black people and shaped the culture of Chicago & the entire country. Chicago’s Black women activists organized to make the city work better for themselves, their loved ones and communities.

There are 33 main locations, mostly centered on the South Side of Chicago, featured in this guidebook. We’ve also included 10 additional sites of interest.

This is the second edition of the book. We sold out of the first edition.